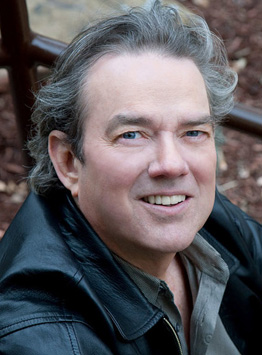 “Jimmy Webb has written songs that can break your heart and touch your soul. He is an extraordinary talent.”

“‘By the Time I Get to Phoenix’ is the greatest torch song ever written.”

Jimmy Webb is an American songwriter, composer, and singer known worldwide as a master of his trade. His timeless hits continue to be performed and recorded by the industry’s biggest names, and his new compositions span the musical spectrum from classical to pop.

This past year saw his “Wichita Lineman” on the setlist in three major artist tours—Guns N’ Roses, Little Big Town, and Toby Keith—and used prominently in an episode of the Netflix series “Ozark.” Not many artists can say they premiered a classical nocturne and had a rap hit with Kanye West (“Do What You Gotta Do” a central hook in “Famous”) in the same year, but Jimmy’s career is full of surprises. Since his first platinum record “The Worst That Could Happen,” Webb has had numerous hits including “Up, Up and Away,” “By the Time I Get to Phoenix,” “Wichita Lineman,” “Galveston,” “Highwayman,” “All I Know” and “MacArthur Park,” and has also become a leader and mentor in the industry as a champion for songwriters. Webb is the only artist ever to have received Grammy Awards for music, lyrics, and orchestration. His numerous accolades include the prestigious Ivor Novello International Award (2012) and the Academy of Country Music’s Poet Award (2016). In 2016 Rolling Stone magazine listed Webb as one of the top 50 songwriters of all time.

While internationally known for his much beloved catalog of songs, he has scored for film and television including HBO’s “Tales from the Crypt,” “Rolling Stone’s Tenth Anniversary Special,” ITC Entertainment’s “The Last Unicorn,” Steven Spielberg’s “Amazing Stories,” MGM/UA’s “Voices,” and more.

Jimmy Webb was the youngest member ever inducted into the Songwriters Hall of Fame and served as its Chairman. He has also served proudly as the Vice-Chair of ASCAP. Time and again Webb has paved the way for songwriters in an ever-changing media landscape, spearheading the ongoing effort to preserve the rights of songwriters and their intellectual property in the digital age.

Webb is an international touring artist, averaging 50 shows a year. Webb is also an author – his memoir “The Cake and the Rain” (2017) brings to life a 15-year span in Webb’s unique career, written with the same sense of poetry and story as his many hits. Webb’s first book, “Tunesmith: Inside the Art of Songwriting,” in addition to being a good read, is considered a “bible” among musicians.

Jimmy Webb was trained in the sacred space of Motown and had his first commercial recordings there. Webb’s songs have been recorded by the greatest voices including Frank Sinatra, Barbra Streisand, Nina Simone, Isaac Hayes, Art Garfunkel, Linda Ronstadt, Tony Bennett, Michael Feinstein, Michael Ball and Josh Groban. Per BMI, his song “By the Time I Get to Phoenix” was the third most performed song between 1940 and 1990. Webb continues to write and record, and has released ten solo albums, while also writing for other artists. In Spring 2019 Webb released SlipCover, his
piano interpretations of contemporary composers including friends Billy Joel and Randy Newman.

Webb is happily married to Laura Savini, a producer and host for PBS. He has five sons, the perfect daughter, and is grandfather to two precious granddaughters.

The Animals' Christmas
1. The Annunciation


2. The Creatures of the Field


8. Word From an Old Spanish Carol


Music and Lyrics by Jimmy Webb
Orchestration by Dick Lieb. The orchestration for “Adios” was created for concerts where Webb sang and accompanied himself on the piano. The orchestra enters midway.
KEY: E-flat
SOLOISTS: Singer & Pianist
INSTRUMENTATION: Harp / Piano / Strings
All I Know
Music, Lyrics and Orchestration by Jimmy Webb
KEY: G-Major
INSTRUMENTATION: 2,2,3(III=BsCl),2 / 4,0,3(III=BsTbn),0 / Timp, Perc:[SusCym, Triangle] / Piano, Harp / Strings
By the Time I Get to Phoenix
According to BMI, “By the Time I Get to Phoenix” was the third most performed song in the fifty years between 1940 and 1990.

“MacArthur Park” is a song written and composed by songwriter Jimmy Webb in 1967 and first recorded by Irish actor and singer, Richard Harris. It became a top hit on the Billboard music charts in June 1968, reaching No. 2 in the U.S., also topping charts in Europe, Australia, and Canada.

“MacArthur Park” is actually a love song – or rather, a lament over love lost – though it might not convey that message to all listeners at first impression. The song’s lyrics, arrangement, and structure are somewhat unusual and may seem a bit confounding. But given a chance, say its fans, the song will grow on you. And indeed, in 1968 the song did grow on a great many listeners, defying the odds on several levels, as it sold more than a million copies and would win a Grammy. It would also spawn more than 100 cover versions.

But initially, in the music business of its day, “MacArthur Park” was a hard sell and went nowhere. First, it ran 7:21 minutes at a time when 2-to-3 minutes was more the norm for pop radio play. Secondly, it was a pretty complex song musically. Third, its lyrics were baffling, confounding and/or distracting for some, and would later draw long-lived critique and parody. And fourth, it was not sung by a mainstream pop music star. Still, “MacArthur Park” rose above those supposed handicaps and became a hit in its day and would also become a hit for several other artists in later years. But added to this song’s musical and lyrical features, and perhaps more importantly, are its cast of interesting characters and storyline – including its inspiration, rejection, successful release, surprising range of covers.

“MacArthur Park” at 7:21 minutes became the longest single at that time to ever become a Top Ten hit – Beatles’s producer George Martin would note that “MacArthur Park” cleared the way for “Hey Jude,” a No. 1 song of July 1968, which ran for 7:11 minutes.


Music, Lyrics and Orchestration by Jimmy Webb
The orchestration for “The Moon is a Harsh Mistress” was created for concerts where Webb sang and accompanied himself on the piano. The orchestra enters midway.
KEY: G going to B-flat
SOLOISTS: Singer, Pianist & Oboist
INSTRUMENTATION: Oboe, Piano, Guitar, Strings
The Worst That Could Happen


Music, Lyrics and Orchestration by Jimmy Webb
KEY: F
CONCERT INSTRUMENTATION: 1,1,0,0 / 1 Fr.Horn, 1 Flugel, 1 BsTbn, 1 Tuba / Timp, Perc:[Triangle, Orchestra Bells, Crash Cymbal / Piano, Harp / Strings
Time Flies
There is no recording of this orchestral arrangement. The audio clip below features Jimmy Webb at the piano and singing. When Jimmy does his solo shows all around the world, he often improvises, changing the chords and vocal lines. The audio below is the same routine as the orchestral version.
Music and Lyrics by Jimmy Webb
Orchestration by Larry Wilcox & Dick Lieb.
KEY: F-Major
INSTRUMENTATION: English Horn, 4 French Horns, Sus.Cymbal, Piano, Harp & Strings
Up, Up and Away

When performing his solo shows all around the world, Webb would often improvise variations of his songs at the piano, coming up with new, fresh harmonies, rhythms and melody notes. Over time he arrived at a slightly altered interpretation of “Up, Up and Away” which has become his go-to version. He offers the orchestration for that version here. The recording below features Webb at the piano and singing, backed up by a full orchestra.