Please contact us for all your music preparation needs. We work with both Finale and Sibelius. We can help with Orchestrations, Orchestra Parts, Piano-Vocal Parts, Lead Sheets, Transcriptions and Printing. In addition to our specialization in Broadway musicals, we have years of experience in almost every genre of music: pop, opera, ballet, concerts, club acts, movies, television and loads of recordings. The carousel of posters above represent many of the myriad theatrical productions who trusted us to prepare their scores.
We work with Composers, Arrangers & Orchestrators, Musical Directors, Contractors, General Managers, Recording Producers and Performers. We are committed to finding the most economical way of realizing the projects that are brought to us. 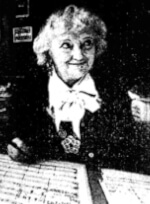 The now-legendary Mathilde Pincus was a viola player in the orchestra when the musical Finian’s Rainbow played a tryout week in Philadelphia prior to coming to Broadway. The composer was unhappy with the orchestrations for the dance music and brought in another arranger more “known” for jazzier work. The revised orchestrations needed to be put into the show as soon as possible so they’d be in place before the show came to New York. The copyists responsible for the show were already working at top capacity and needed help with the new, unexpected changes. The conductor asked the members of the orchestra if anyone could help with the copying. Mathilde volunteered and a career began. 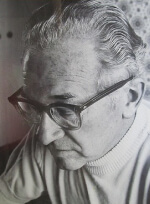 The “new” arranger was Don Walker, who already had extensive experience working on Broadway musicals. He and his wife liked Mathilde and so in 1951 she moved to New York to open a copying office in a brownstone at 349 West 22nd Street (in New York’s Chelsea district, hence the name of the company). Don was the co-owner and the principal client. Together they worked on now-classic musicals including the original productions of Gentlemen Prefer Blondes (music by Jule Styne, Lyrics by Leo Robin), Damn Yankees & The Pajama Game (Music and Lyrics by Richard Adler & Jerry Ross), Call Me Madam (Music and Lyrics by Irving Berlin), Wonderful Town (Music by Leonard Bernstein, Lyrics by Betty Comden & Adolph Green), Me and Juliet (Music by Richard Rodgers, Lyrics by Oscar Hammerstein II), Silk Stockings (Music and Lyrics by Cole Porter), The Music Man, (Music and Lyrics by Meredith Willson), The Most Happy Fella (Music and Lyrics by Frank Loesser), Cabaret (Music by John Kander, Lyrics by Fred Ebb) and She Loves Me & Fiddler on the Roof (Music by Jerry Bock, Lyrics by Sheldon Harnick).

Mathilde was so beloved and respected that in 1976 she was awarded a special Tony Award in recognition of her contributions to the theatre. She had a copy of the award medallion made and wore it around her neck for the rest of her life. Mathilde passed away in 1988 but Chelsea Music continues to this day, working on three of the longest-running shows in Broadway history: The Phantom of the Opera, the revival of Chicago, and The Lion King.
“People think of us as music copyists but we’re much more than that, and we’re trying to change our image. That’s one reason I’m so happy about the Tony award. The first thing we do is prepare a score that is intelligible to the arranger. The composer turns over his songs to us before rehearsals begin. They may be as fragmentary as a pencil sketch showing a melody and the accompanying harmonies. But plenty of verbal instructions go with it. They’re given in a special kind of musical language that only we understand. We may be told to raise this a fourth, transpose that down a key, put a tutti in here, give this part to the flute. A tutti, which means full orchestra, can be worked out in many ways and we have to use our judgment as to which is best in the context. We write all this out in a music score that is intelligible to the orchestrator or arranger and give it to him. When we get the arrangements back we have to reduce them to another score that includes a piano part, the vocal melody and indications of other important instrumental lines that the singer and conductor must know about. This simplified score can be used by both the rehearsal pianist and the conductor. We also extract the individual orchestral parts.” Mathilde Pincus Chelsea Music Co-founder

Please call or write and tell us how we can help you with your project.